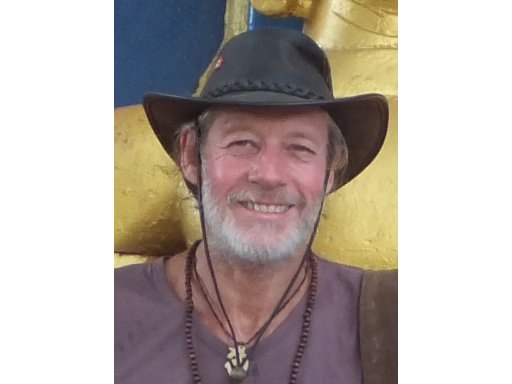 Anthony Scott has been on the yoga path since 1985 and is the founder of The Tristhana Yoga Method.

Many years of teaching experience Internationally, his background in Ashtanga Yoga and thousands of 1 on 1 personal sessions has lead to the evolution of this Method.

After 12 years as a tradesman, he developed a major back problem that medical and health practitioners were unable to find a natural solution for or give any relief. Anthony began to do his own stretching and strengthening exercises that eventually grew into a properly structured yoga practice, and his back pain eventually was overcome.

Sivananda Yoga, his first passion, was a great introduction into the fascinating world of yoga. After 15 years of Sivananda Yoga practice, he completed the Teacher Training course at the International Sivananda Yoga Vedanta Center in the Bahamas in 2001.

Anthony discovered Ashtanga Yoga whilst on a trip to Thailand studying Thai Massage. This was a life changing event, and Ashtanga Yoga then became his path.

Anthony, then based in the USA, had the fortune to study with some of the most prominent teachers of Ashtanga Yoga. David Swenson became his main mentor, and Anthony completed his Ashtanga Yoga Teacher Training course with David in Ashville North Carolina USA in 2002.

Yoga Therapy became his purpose and occupation while his Ashtanga Yoga practice developed.

He also lived, taught, and practiced in Jamaica for a very interesting year, were Shakira became one of his private students.

Anthony then began a nomadic life on his 37ft sailing boat “Aeolus’’.

After leaving mainland USA for the Caribbean, sailing through the Bahamas, and living in Dominican Republic, the island of Culebra, Puerto Rico, became his home and the establishment of his unique and popular yoga studio. This idyllic life lasted 5 years.

Anthony then settled in Oslo, Norway, for 3 years, where he taught at several studios and gyms and also did extensive work with private students.

Anthony has been involved in many sporting activities besides yoga, including surfing, windsurfing, sailing, long distance running, swimming and full contact martial arts. He has also had his own gym. However, yoga is now his main activity.

Through his extensive experience in Yoga Therapy, combined with a strong Ashtanga Yoga background, Anthony has developed The Tristhana Vinyasa Yoga System.